Hello everyone! Hope you’re having a fantastic holiday with loved ones, tasty food and drinks, and great presents! Speaking of presents, I’m taking a break from all my Christmas movie watching and doing a quick entry for the very cool Christmas List blogathon, which I found out about thanks to the amazing Ruth at FlixChatter (who just got back from an awesome vacation). In this blogathon, you list what Christmas gift you’d give to 11 of your fellow bloggers, given the chance.

First off, the lovely couple composed by Amy and Rob over at Movie Writing. Amy adores indie films, so I’d give her a Jonathan Dayton/Valerie Faris double pack containing Little Miss Sunshine and Ruby Sparks. Rob loves animation, so I’d give him the collection of Pixar short films. Amy has told me she has a bit of a girl-crush on Emily Blunt, so even though she’s very busy filming, she agreed to a Skype call with her fan. I’m sure Rob would enjoy that one as well 😉

Next is Mark Hobin from Fast Film Reviews. His favorite movie is The Fifth Element, so my gift to him would be for Chris Tucker to receive an Honorary Oscar for his work in that film, as well as a private concert by Diva Plavalaguna. 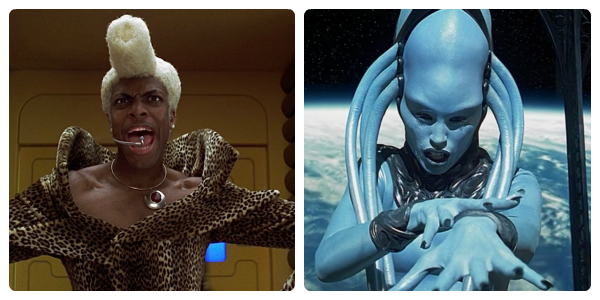 Next is Mark Walker from Marked Movies. He’s the biggest fan of the incredible Robert De Niro, so my gift to him would be a private dinner with the man himself at any Nobu restaurant of his choosing (De Niro is the co-founder of the high end Japanese restaurant chain). Hope no one (me) drops in unexpectedly on your dinner, Mark 😉

Next up is the “tricky bastard” who calls himself Tyson Carter over at Head in a Vice. Casino changed his life, so as a Christmas present I’d arrange a Casino-themed weekend with Joe Pesci and Martin Scorsese (De Niro would be busy dining with Mark). There’d be a tour of the sets and locations used in the movie, as well as a peek at some of the props that appear in it. That, of course, includes the infamous vice.

It’s Ruth’s turn. For her it’s Bond 50: The Complete 22 Film Collection. Plus, it’ll be signed by none other than Timothy Dalton, her favorite Bond!

Now it’s time for Alexander’s (Cinemaniac) gift. He already bragged about the seriously awesome stuff under his Christmas tree (lucky bastard!) so I had a hard time figuring out what to give him. My gift would be a Monday-night trip to Manhattan to hear Woody Allen play jazz clarinet at the Carlyle Hotel. Note: Someone whose name starts with “F” and ends with “ernando” might drop in unexpectedly as well. 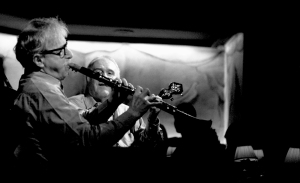 Next up is Keith from Keith & the Movies. I saw from his Facebook page that he loved Paris (who doesn’t, right?), so my gift to him would be an opportunity for him to go back. There to greet him at the airport would be the lovely Marion Cotillard, who’ll act as his tour guide (and nothing more, OK? You pervert.)

Next is Chris from Terry Malloy’s Pigeon Coop. His gift would be this cool jacket that the late Marlon Brando wore in his Academy Award-winning role as Terry Malloy in Elia Kazan’s On the Waterfront.

Next is Steve Aldersley from In The Frame Film Reviews. He’s a huge Ghibli buff, so my gift to him would be a peaceful stroll through a Japanese garden with Hayao Miyazaki, followed by some tea.

Andy from Andy Watches Movies loves The Big Lebowski (again, who doesn’t?), even naming his dog Lebowski, so my gift to him would be an all-expenses-paid trip to Lebowski Fest! I’m sure he’ll have a great time meeting fellow fans, drinking White Russians, bowling, driving around and the occasional acid flashback.

Last but not least, it’s Michael from It Rains…You Get Wet. My awesome gift to him, as a big fan of Westerns, would be a sheriff badge and a visit to an old saloon with drinking buddies Clint Eastwood and Eli Wallach! 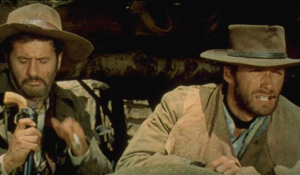 ← Have yourself a merry little Christmas!
Thoughts After Rewatch: Love Actually →