The Hobbit: An Unexpected Journey [2012] 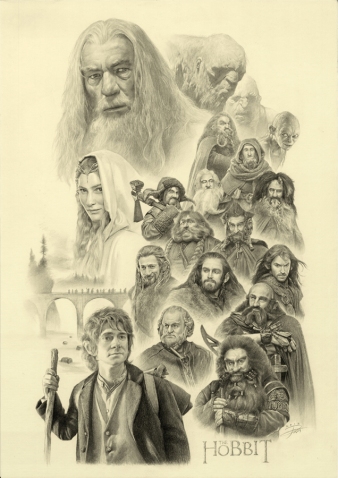 I’m not a Lord of the Rings fan. My introduction to J.R.R. Tolkien’s saga, 2001’s The Fellowship of the Ring, is the only entry in the series I can say I’ve truly enjoyed. I think these films, together, are the most overrated, overblown franchise in film history.

I had no desire to see yet another Tolkien adaptation by Peter Jackson, but the film geek in me wanted to witness the first film to use the 48-frames per second 3D technology. I’m happy to say that it’s not a gimmick, and the look of the movie benefits greatly from this technique, which makes the images clearer, crisp and the movement more fluid.

However, good looks will only get you so far. The Hobbit has nothing else to offer. This, along with Avatar, is probably the biggest waste of budget I’ve ever been subject to. Even for the first film in a trilogy, the one supposed to set up the story, nothing at all happens (except for a string of mindless, uneventful fights). The cheesy, silly tone is grating and the 169-minute runtime is excruciatingly difficult to sit through.

I wanted to leave the theater, and I came very close a couple of times, but I stuck it out as a sign of respect for my wallet. I want to like every movie I see, because I value my time and my money, so I say this not to raise controversy, but because I truly feel it: this is the worst movie I’ve seen all year and one of the worst I’ve seen, ever. I’m aware that very few (if any) will agree with me, but I just can’t get in the LOTR bandwagon, especially not after this New Zealand-set turd. Just torture.

← The Impossible [2012]
It’s the most wonderful time of the year at the happiest place on Earth! →