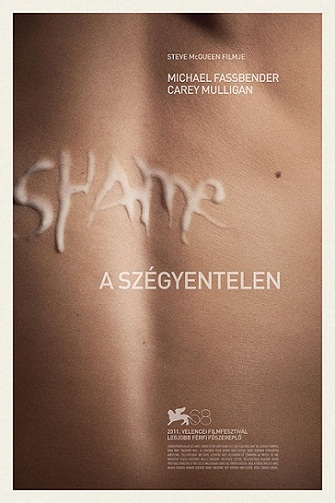 Easily the most provocative mainstream film in recent memory, Shame, with its explicit sex scenes and artistic boldness is a realistic and often shocking character study. This is one of those movies that make you want to take a shower right after you’re done watching; even though you merely witnessed a sick man’s dirty shenanigans, you feel as filthy as if you had participated. Brandon’s (Michael Fassbender) lothario lifestyle may seem appealing, especially for men, but it’s a sad existence filled with guilt and devoid of real satisfaction.  Sexy for anyone with eyes and blood flow, sordid and harrowing, Shame is the work of co-writer Abi Morgan (The Iron Lady) and director/co-writer Steve McQueen (Hunger, also starring Fassbender). Their talent with the pen and Sean Bobbitt’s eye behind the lens render this otherwise repulsive oeuvre into something fiercely magnetic. Having the talented Fassbender and Carey Mulligan couldn’t hurt, either. In Shame, he gives his best performance in a landmark year for his fast-ascending career. She, resembling Marilyn Monroe while very slowly crooning Sinatra’s New York New York, steals every scene  and confirms she’s one of the most underrated actresses working today (no Oscar nomination for this film or Drive is an atrocity).