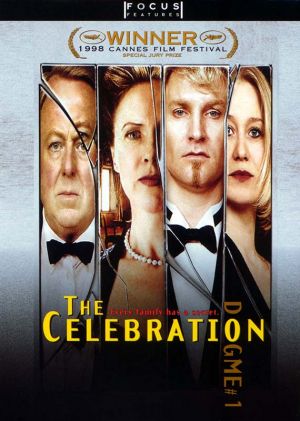 Simple, stripped-down film by Danish auteur Thomas Vinterberg, made under the Dogme 95 manifesto which, among other things, promotes shooting with a handheld camera while restricting the use of artificial lighting. The realistic, almost home-video style and look of the film makes it feel natural, organic, unrehearsed. Having seen a stage adaptation a few years ago, the film’s main revelation did not come as a shock to me, but it wasn’t any less devastating, thanks in great part to Ulrich Thomsen’s work, a restrained performance that stands out even more when compared to some of his costars’ overacting.