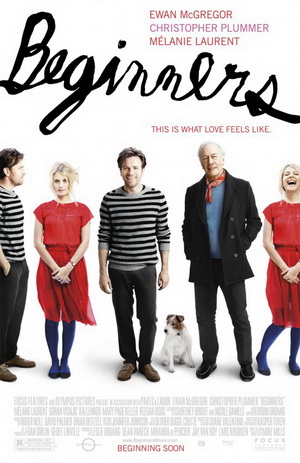 As I’ve stated times before, I’m not a big fan of using the word “cute” when it comes to describing films but I cannot accurately review Beginners without employing it.  Mike Mills’ semi-autobiographical first feature is sweet and poignant. Christopher Plummer and Ewan McGregor share great chemistry as father and son; their relationship is the core of the film and the most emotionally rewarding. French actress Mélanie Laurent (Inglourious Basterds) and Goran Višnjić give them good support. However, the brightest star in the film is the extraordinary writing by Mills, an inventive, Oscar-worthy script that’s been earning accolades throughout the awards season.