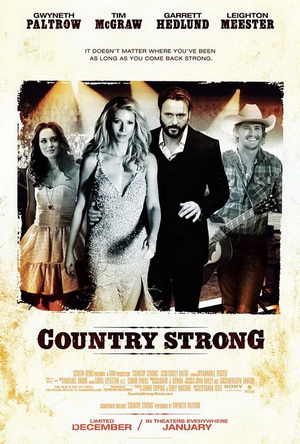 Beautiful country music and a charming cast are paired with cheesy, poor writing (although quite charming and touching at times). It’s a little sad to see such a talented cast struggle against the god-awful script by Shana Feste, where plot holes abound. The cast is certainly impressive: while Gwyneth Paltrow is inconsistent, country superstar Tim McGraw proves he’s also a pretty good actor. Garrett Hedlund steals the show (after being utterly wasted in TRON: Legacy) and Leighton Meester shines both as an actress and a singer. The soundtrack is way better than the muddled, flaky story.