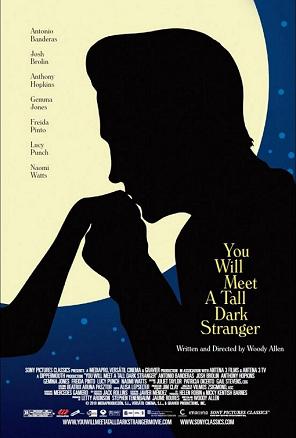 His latest film may not be one of his best, but it’s still very Woody Allen. Sort of a lighter follow-up to Vicky Cristina Barcelona, You Will Meet a Tall Dark Stranger is Allen’s fourth film set in London. With characters that are sad and desperate, some splendid dialog and lines with rapid delivery, but also a few loose ends and underperforming actors who don’t usually underperform (see Naomi Watts, Anthony Hopkins), YWMATDS shouldn’t be taken too seriously. Gemma Jones is the best element among the cast; Lucy Punch stands out, too. Anna Friel should be given more work, not only in this but, you know, in general.