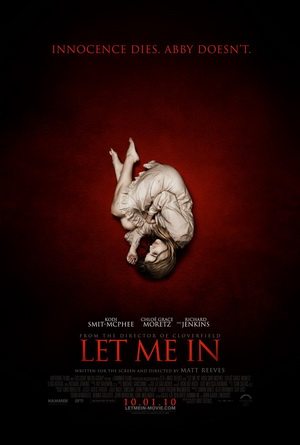 Matt Reeves’s version of Swedish arthouse hit Låt den rätte komma in. This American version possesses an even creepier atmosphere, and from the beginning you know it’s much more entertainment-oriented. Although their visuals are similar, this one takes a much more violent approach to what the original did so subtly.  The cast is top-notch, with some of the finest child actors working today: Chloë Moretz (Kick-Ass), Kodi Smit McPhee (The Road) and as a much more menacing villain, Dylan Minnette. Let Me In is actually longer than its predecessor, but flies by in comparison.