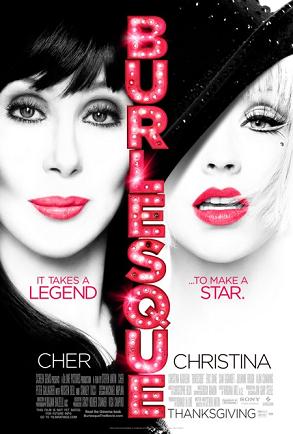 Its cliché-laden script borrows heavily from every musical, comedy, romance and rags-to-riches tale ever put on film, but Burlesque is a nice little breather among the heavy dramas and intricate stories we saw in 2010. In other words, it’s old-fashioned, dumb (and incredibly well-choreographed) fun.  Cher might look like a ventriloquist dummy but, acting-wise, she’s still got it (sort of). Her voice is as awful as ever, though. In her first movie role, it’s pretty obvious Christina Aguilera is not the best actress in the world, but she’s good enough for this, and her singing is impeccable. Stanley Tucci is at his most charming. However, it’s all sort of lukewarm: the sex, the rivalries, the struggles. Pretty, but hollow.