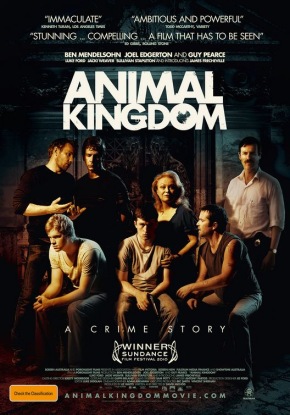 Shocking and tastefully violent film follows emotionally detached ‘J’ (James Frecheville) as he tries to avoid the criminal path that almost his whole family has taken. Animal Kingdom is anchored by an excellent cast, where Sullivan Stapleton, Joel Edgerton and Jacki Weaver stand out. The disturbing way ‘Grandma Smurf’ (Weaver) behaves with and around her family of men-children is an interesting dynamic to behold. Nicely accompanied by Antony Partos’s haunting score, which somewhat echoes Gustavo Santaolalla. Still, it’s bewildering how someone as mind-numbingly stupid as ‘Pope’ (Ben Mendelsohn) could run a criminal organization. Then again, it has a hell of an ending, so it evens out.